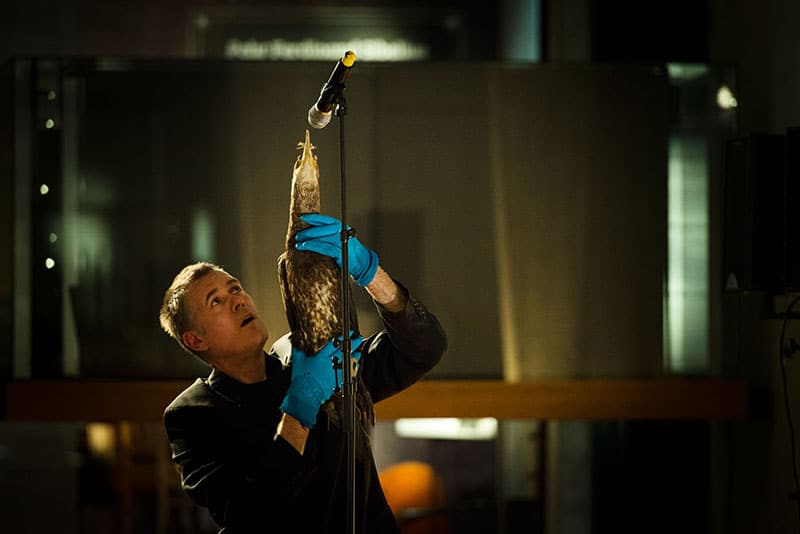 Kurt Johannessen (NO, b.1960) works with performance, books, video and installation. He has produced about 280 different performances in Europe, Asia and America since 1980. His performances often takes a poetic and minimalist form. He has exhibitited in numerous places in Norway, among them Bergen Art Museum and the House of Artists, Oslo.

Johannessen is also a publisher of artist books. Many of them are text related, but some are based on artwork or photography.

His text works are often one sentence stories. They are visual, poetic and at times humorous. He has so far produced more than 80 books. Some of them are purchased by the Norwegian Council of Culture and many of the books are translated into English.

“Presence in the situation is fundamental to my work. I try to keep whatever else as open as possible so as not to precondition the possibilities.

This is the starting point. At the same time, however, I am concerned with finding situations that can generate qualities I have not experienced before.

I frequently minimize to one image and then create microscopic variations within this frame.

Presence in the situation
is fundamental to my work.

At other times the situation has more complex implications, but remains within a poetical minimalist expression.

I mainly work with performances, installations and books. The works are often related to place.” (Kurt Johannessen)

Johannessen´s Circle Series contains 2000 works, one drawing made each day between 27.01.1999 and 18.07.2004.  The number of circles reflects what day of the period it´s drawn. Thus the first drawing is made of one singular circle, while the last contains 2000. Dating every single one, Johannessen makes it possible to buy a drawing from a day that has a special meaning to you.  Some of the drawings are sold, but still many are available on request. E-mail us at post@sundero-gallery.com and we will help you.

View works by Johannessen available in our web shop